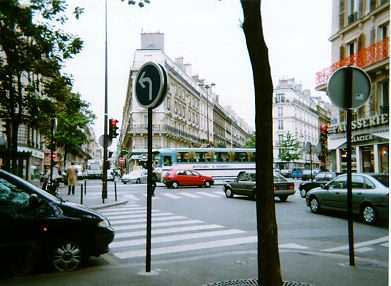 Literary readings are an odd are an odd thing - why would anyone want to see some author blandly reading aloud a text? Frankly, they make me fall asleep, and if I go to one I always bring along something to write or some cartoons to draw.

Still, it's one of the few times a writer gets to appear before her public, and let's face it, I'm a ham.

That's why I'm organizing a literary reading - which will be the first time I've read in public - to help promote Coffeehouse: Writings From the Web, the web fiction anthology edited by my buddy Levi Asher.

Six other writers have been invited to join me, and the reading will take place at the Manhattan Internet Lounge, 678 Broadway near West 4th Street, 2nd Floor, at 7 pm on Tuesday, December 2nd.

Admission will be free, and everybody is welcome.

Among what I hope will be the many attendees will be friends who provided voices for the characters, as well as people some of the stories were based on, although they may not know that.

What I'll read, I'm not yet sure. I will be wearing an orange dress I bought in Paris last month - that's the only decision I've made so far.

One of the best things about being a totally obscure writer is the ability to take chances. If I fail, it's not like my large fan base will be distressed, or my movie deal will fall through, or the secretaries at my publishing company won't be able to afford manicures.

Some people would argue that Greta Floating, Lillian Straight Ahead, which is newly revised this month, is one of those failures. But no matter.

Thinning Hair is another experiment. It was written in a day or two, not including the requisite revisions. Most of my stories take months, if not years, to complete.

The story was also in response to reader suggestions that I try writing a story in the third person, and in a setting other than New York City. Yes, like a deejay, I take requests if I can. It was inspired by a visit to the Paris intersection so beloved by the art history scholar in the story.

Regular readers (and my mom, of course) will know that I was an art history major at university, and briefly considered going for a masters degree before good sense caught up with me.

Another reader has requested a love story that ends with the couple together, happily. I'm working on that.

I've always been a history buff, so it's kind of remarkable that only one story on this site, In A Lonely Place, is set in the past.

But that's just a personal preference of mine when it comes to fiction. I love reading books written in the period - I love what they reveal about psychology of a different time - but I'm resistant to contemporary authors who try to impose current morality on bygone eras. I just saw a dreadful film version of Henry James' "Washington Square" that had Catherine Sloper running a day-care center, in 1838.

This is a long-winded wind-up to the announcement of a side project, a column that will appear on Most NewYork, the web site of the New York Daily News newspaper.

Check out the column - I'd love to hear your reactions.