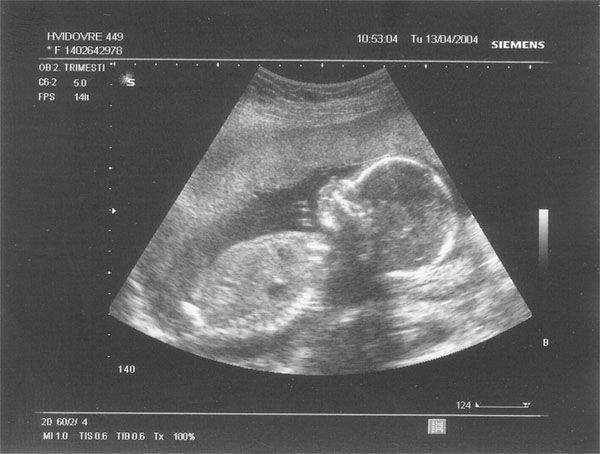 Charles Leroy Mellish, four and half months before birth

A few readers have written to ask when there will be new updates on the site. Sorry for the delay, but I've been working on a new cartoon series since summer 2003. The series is the first to be created in both English and Danish, which took a little extra time and some help from my friend Helle Larsson. She makes my bad Danish look good.

Evie the Avenger is the story of a good-natured girl forced into acts of vengence by feckless ex-boyfriends. Longtime readers of the site will recall a similar plotline in Matchmaking Creeps, a short story from the late 1990s.

Sadly, most of the bad boyfriends described in Evie - Jim Tummy and his late-night emails, Nicolai Quisling and his public readings of my love letters, Douglas Magnolia and his Elvis marriage - are real people who really committed the crimes described. The acts of revenge, you'll be happy to know, are mostly fanciful.

But after nearly 20 years of dating, I have enough sad stories to make this series run for a l-o-o-o-ng time.

At a somewhat advanced age, I am currently expecting my first child! Although I am a single woman, this was a planned pregnancy, and Charles Leroy Mellish (above) is very much a wanted baby.

Charles is due around September 1, 2004, but he is already making his preferences known. He likes music - taking his cue from James Bond, he even has his own theme song, the Winter: Allegro Non Molto section of Vivaldi's "Four Seasons." This bit gets him moving every time, as does Mozart's "Eine Kleine Nachtmusik." He's a bit of a snob, however. He once sat as still as a rock all morning while I listened to Duran Duran's "Greatest Hits," only to pep up immediately once his Mozart came on.

He dislikes spicy food, and sees both One-Minute Tandoori Noodles and General Tso's Chili Chicken as excuses to keep Mommy up all night. He also seems unlikely to become a ballet fan, having stomped on my intestines repeatedly during a performance of Alexi Ratmansky's Anna Karenina. (To be honest, I didn't give Anna Karenina that great a review myself. )

At any rate, look forward to more images of babies in the cartoons in the future.