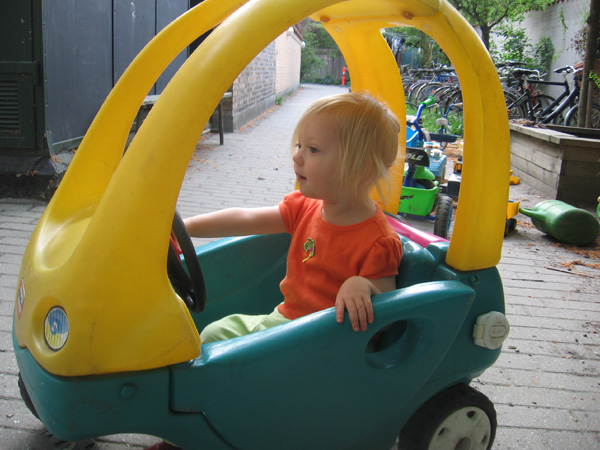 Of all the things I've posted on this website, nothing has brought in more comments than My Life in Denmark.

I get support from other foreigners in Denmark, and queries from people thinking of coming here. I get a few laughing Danish men who see themselves in Danish Men: Not John Wayne, and the occasional angry Danish man who tells me to get the hell out of his country if I don't like wimps.

There are lots of questions about what kind of clothing to bring to Denmark, as well as more specific inquiries. A Mexican guy asked me if it would be okay for him to wear an eyebrow ring at to his new office job in Denmark. An Asian-American man wrote to ask if I thought Danish women would want to date him. An African-American woman wrote to ask if I though Danish men would want to date her. Women from a variety of countries have written to express their frustration with Danish men, and their joy in realizing they were not alone.

Anyway, most of the questions were pretty standard, so I decided to put together a Q&A About Living In Denmark. I hope this answers the basic questions, even for people too lazy or shy to email me.

Of course, the longer I'm here, the more integrated I get, more Danish I get, until it's the Americans who look exotic, not the Danes. But that's inevitable.